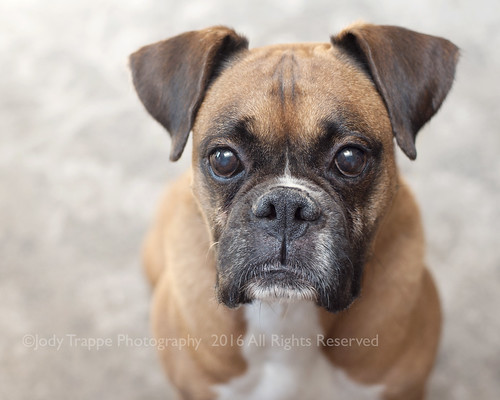 Since my white boxer, JJ, passed away 2 months ago… I’ve been searching for a new buddy for my other dog, Tank and myself.

I just adopted this boy today from Chelsea’s Hope Boxer Rescue. He’s about five years old and a real sweetie.
His back story…. He had no name in his first five years. He was raised by an amish farmer and used for breeding. He was kept in a barn and sleep in all kinds a manure. Duck, chicken, cows, horses. His foster mom had to bath him several times just to get the smell out. He was also rail thin.
His foster mom and dad, Michelle and Randy, did a great job cleaning and fattening him up. They had him for the last four months.
They drove him up the whole state of New Jersey to bring him to me. I am very grateful!

Michelle had named him Ziggy for the last four months. I am changing his name to Zeke to stay close to what he knows. But more than likely… he will be called Z.

I’ve only had him a couple hours but he is very well behaved and he and Tank like each other. He was so neglected in his first five years, I’m going to love him up for the rest of his life!!!.

Doesn’t he kinda of remind you of Clyde the boxer who is all over my site. Clyde passed away in january at the age of four.

Grumpy, with a side of happy.

The King on his Throne

Holiday with dog on the LANDGUT MOSERHOF in sun-drenched Carinthia!

ABOUT US
My name is Mia . My daily pins with dog tips, homemade dog food recipes. I love to blog about dog training tips, dog care and easy ways to keep your dog happy. Everything about dog clothes and cute clothes. All photos were collected from the internet. Photos are given an effect. To contact us, send an e-mail to the address below.
info@ohadog.com
FOLLOW US
© Copyright 2019. All Rights Reserved.